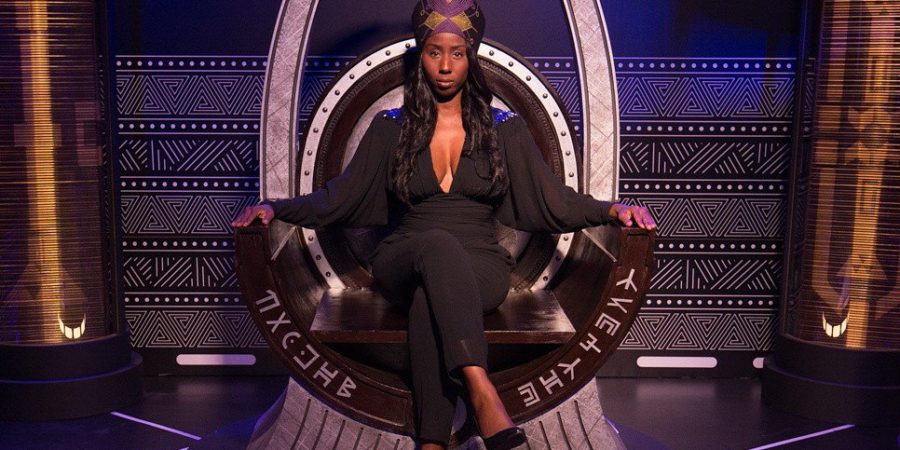 Black Panther was by far one of the most anticipated films this year. Marking it the number one movie in the world; the cast, the dialogue and overall ethnic appreciation exceeded everyone’s expectations creating a movement beyond the depiction that people expected it to be.

What was only to be considered as a lighthearted joke amongst a community of people, actually became a widespread and culturally appropriated event where Blacks, Africans and African Americans, from all over the world wore African inspired fashion that accentuated African culture and pride; whether you were of direct African nationality or of ethnicity, Black Panther made it very evident that the love for our roots was not something to disregard when paying homage to a film that represented us in a way that has been long overdue in many ways than none. While the elation from Black Panther impacted many to a degree of allowing this film to set the standards for what we expect to carry out in the near future, it’s still inclusive to convey the importance of why this particular film stands out and is set apart from all others in the history of Black films.

During the month of February, we celebrate the historical events and individuals that make up Black History Month. It is a month where primarily African Americans and Black people alike, commemorate the greater accomplishments and acknowledgements for the history of our race that might have been dismissed in the nature of our textbook history lessons. There has been a forever battle in the war zone of racism, systematic oppression and injustices between those that continue to aggressively and subtly engage in the acts that only furthers the intent to project the hindrance in our future; a clear reminder of our past, as I’ve mentioned many times in past post anti black voices; by those, with the same ancestral bloodline. Those that are fully submissive only to ridicule those who counteract and then the many that rise up with allies ready to join forces in fighting to protect a proactive stance.

For many of us, Black History Month isn’t just a simplification of the notable triumphs that Black and African Americans have contributed to our civilization, but more so to set a reminder of what we can overcome and achieve in an effort to be equally considered as human beings.

It’s a touchy subject to reiterate and emphasize when trying to break the mental blockages of a world that doesn’t see a greater problem, and the root of that problem that continually transpires like the spread of a virus.

While fighting one outside battle, there has also been an inner battle within the Black community to erase the stigmas and stereotypes that has been the test to our identities; as well as complimenting and uniting the Black race so that we don’t become a depiction of how other races have marginalized us. It’s a tough and tedious journey that has had its many setbacks and social rejections, but one that many will embark vigorously with new strategies and influences destined for perseverance; instances of amplifying what makes up for our history is to continue the history of Black greatness in ways that have always set the example by continuing to create Black owned businesses, empires and a social movement with the full support of the Black community. Becoming a big brother or big sister for the younger generation so that they will not fall prey to the repetitions of trials and errors, and most importantly, taking the red eyed bull by its horn by doing for ourselves that we should not rely on others to do for us that are anti us.

This past week, February 16th was not just any other day in the month of Black History Month. For many decades and even centuries, there has been a persistent revolt in pushing forth positive images of the Black and African American race by arguing against how society deems us, where slowly these images, are in ways, a representation that cannot be refuted with racial backlash, criticism or diversion, but only to challenge the perpetual ignorance by executing the eternal power we had all along; that we can be better, that we can do better, and that we are better than the aversions that try to hinder us. A topic of discussion, with actresses Dania Gurira and Lupita Nyong’o magnifying possibilities of what Africa could’ve been.

February 16th was marked as the day of Black essence through characters and film unlike any others to date with the Black Panther film. Denouncing films that have systematically portrayed Blacks and African Americans with negative portrayals for a more broadened rendition of who we relatively are; this film has heightened the awareness of our many layers and backgrounds. For years, Marvel fans have eagerly awaited the comic book portrayal of a dark suited superhero who fights crime with extreme strength and spectacular powers, but the positive portrayal of Black representation that shows us as regal innovators and natural born leaders to which, theoretically speaking has historical truth, is what generally enthralled the attention of the Black community as a whole.

Comic books have never been my forte nor have action movies, generally speaking, but the magnetism in this film has set a deeper sentiment beyond the hype of a make believe character and world. Black Panther is based on a fictional world in Africa called Wakanda, a world of advanced technology, Kings and Queens, and a powerful nation of Black excellence that excels for the greater good of our people. This is the first comic interpretations in the history of comic books; that has now given reason and purpose to pay homage to the roots of our bloodlines.

Of course, there comes the predictability where with any exuberance you find people of color proudly exhibiting, is aggressively met with malice and spite by those who persistently oppress the acts of our independence. Thankfully, the response to the Black Panther film has been overwhelmingly encouraging and favorable among many with it being the number one movie in the world to date.

This ultimately invigorates grounds to moving forward and embodying the images we’ve expressed we want to be characterized as in film and in real life.

When I saw the first trailer to the Black Panther film last year, I was thrilled beyond belief to see a film so captivating with a cast unlike any other, and with more names to list. When I first began my career as an actor, I was very adamant in the type of character roles that I wanted to play. I refused to ever see myself playing a slave, a drug addict or a single mother from a poverty stricken city, all roles essentially depicted for Black actors. My reluctant disposition didn’t fair too well with many in not understanding the nature to which I stood for, but it was merely no different than the arguments that play out today. At a very young age of nine, I had developed and even written a short summary to a film to which I would play an African princess where I would then star and even have pitched it as a Disney film. By the age of eleven, I would horn in on my movie character and dress as her for Halloween. Then, it would have appeared as me just having a vivid imagination and writing in what would be perceived as a childhood journal, but this is the representation that I thought of myself during a chapter in my life when I started struggling with my own blackness and identity through the harsh acts of colorism and self-hate that was brought on by others outside the circle of family and family friends. Now, I can have even further confidence in my dark skin after seeing the incredible female Dora Dilaje warriors, because frankly, that is what we are.

In my mind, playing roles that broadened the recognition of Black Americans and African Americans was where I had my heart set and Hollywood was resistant to follow through with that act of integrity. Never, shall I say, has there ever been a white person who has argued against whites playing roles as slave owners or the oppressor. There’s a definite level of complacency, why, because the mentality of arguing against the sense of superiority, whether in film or real life, would contradict every argument dealing with oppression in T.V and film; which questions if being an oppressor is similarly the same as the acts of demolishing the joy of this film for people of color.

Desperate attempts of trying to diminish the moral in ratings, implicating racial injustices and instigating false acts of violence brought on by malicious white individuals, questions how much of an impact this film has made both good and bad. So, there’s definitely more history and depth to understanding why this film is viewed the way that it is.

Now with that being said, how do we keep this going as this is not momentarily inspired by just a mere trend. since the first premiere of the film in Hollywood, on January 29th, there have been many events, screenings, social gatherings and political stances. Not only in support of the film in itself but also through the acts of philanthropy where groups of people on social media began the Black Panther Challenge  in order to provide an opportunity for under privileged children to see the film. Actors, music artist and even some of the cast themselves have contributed to the outreach of supporting our youth so they too can have a chance at being made to feel that they matter as well as feeling inspired.

Michael B Jordan even teamed up with Brisk ice tea as an outreach for urban creatives that included a very hype and private event, where an exclusive peek at the Black Panther costume and wardrobe were on display, as well as rooms highlighting some of the moments in the film. Let’s continue to incorporate more African pride and garments into our attire outside of our westernized fashion. Let’s invest more into ourselves and our own so that we can fulfill the direct statements made in this film that brought on an epiphany to everyone watching. Most importantly, let’s not react to the willful ignorance of others and feed into the downward spiral of their fears, the fears that we will rise up.

Seeing the camaraderie between each actor on social media and off speaks for itself that this wasn’t just a film quoting a dollar amount, that it shows to have depth and substance regardless of how hecklers might view it. Ryan Coogler recently wrote a sentiment to the cast, crew and all people who have inspired and supported this film, but really, we are thanking him and all those involved in knowing that this has changed the way in how we see ourselves beyond just our melanin.