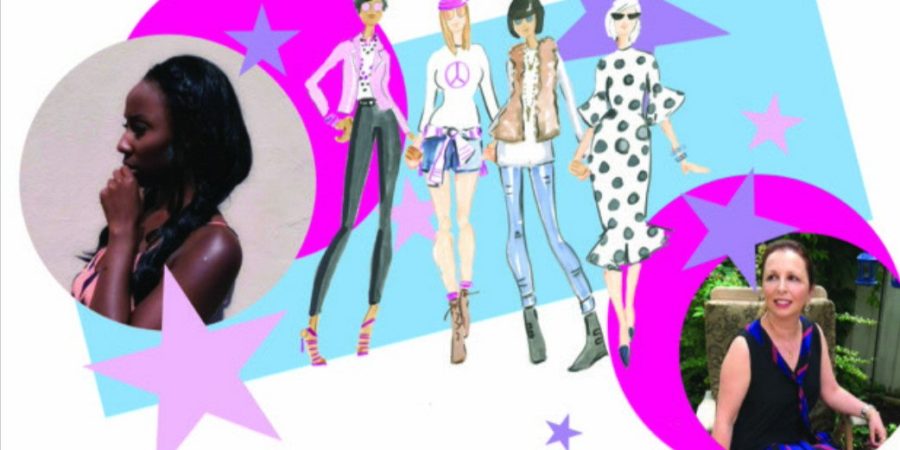 With times changing, we start to see a shift in how society begins take on a new identity of the world evolving around us. We begin to transform, revamp and modify the way that we’ve traditionally been taught to live our lives. But now we’ve continued to go against the conventional beliefs that were once ingrained into us through generations at a time.

“You never change the things by fighting the existing reality. To change something, build a new model that makes the existing model obsolete” 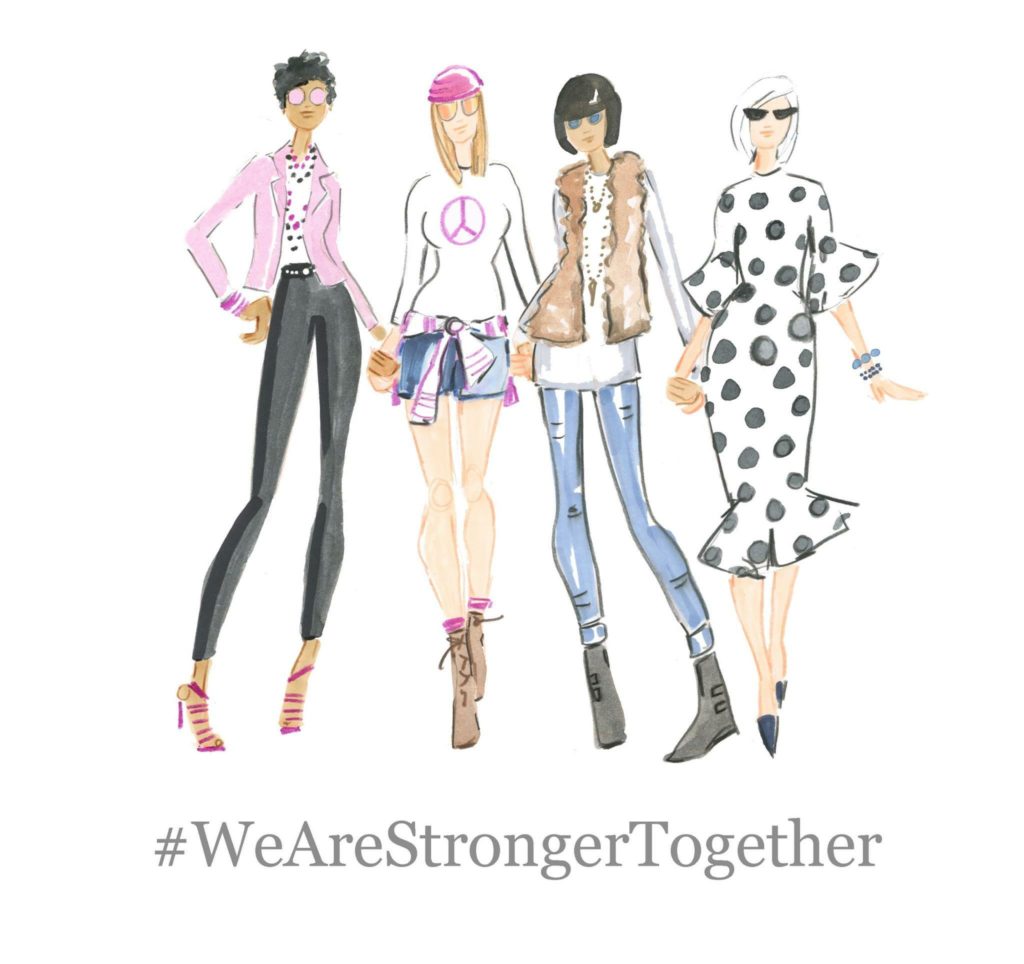 With this acceptance of change, we see the older becoming younger in spirit and the younger becoming more wiser as they grow. At times, the world seems to be working backwards in order to benefit the way that we view ourselves and the world around us.

The three generations, the Baby Boomers; Gen-xers or in other words, Generation X and the Millennials, are now finding that there are far more commonalities than what is often perceived. In the common depiction of each generation, you have the baby boomers, those who have come before us living a life of experience and wisdom only to pass down their knowledge to the following generation. Generation X can be our mothers, our fathers or any adult member who too have lived like those before them, but are still in the middle closer to understanding the ways of the Millennials.  Then lastly, you have the Millenials who are a cross group with “coming of age” from those who are of a particular age. At times, I even find myself in the middle of being young and care free where adults see me as still being able to maintaining my youth. Yet there’s a part of me that has grown up. So where do I exactly fit in. When realizing that there aren’t many differences between us other than just an age gap, I’ve learned to bridge the gap from the perceptions that mistakenly divided us.

I’m a 34 year old woman and an ambivert, who still sees myself stagnant in my youth. I’ve never quite been able to truly identify myself with any one person within a circle of my peers. I have many personalities that I’ve adjusted over the years in order to familiarize myself with the world around me as well as playing the role of a chameleon in order to blend in. I’ve always spent my life trying to find my place in groups of people  that I didn’t necessarily understand, but due to the similarities of age, they were the people I could try to relate to. In so many ways, I found that my mentality of thinking that the only groups I could find commonalities with, was skewed and narrow minded. Feeling that a friendship was not always by the closeness in our age, but rather through common interest. I had a reckless way of perception and soon realized it’s not all in what I was molded to believe. 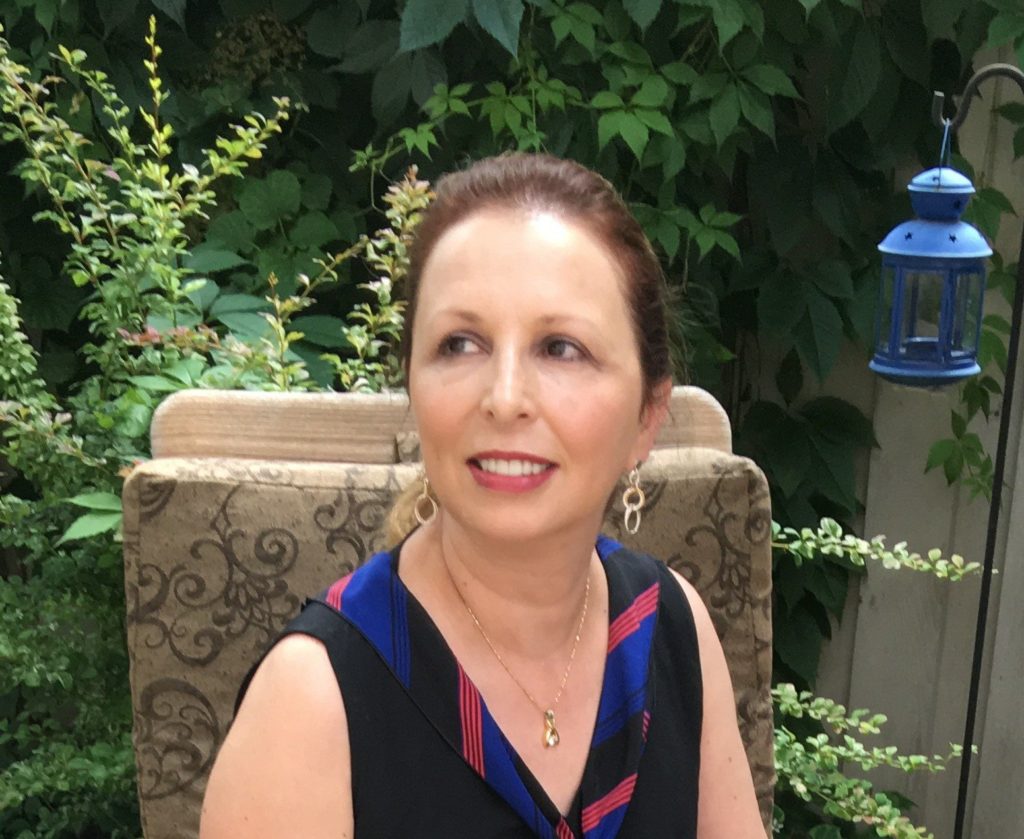 Mary Webb, a mother, an entrepreneur and my kindred spirit, has now become my mentor through a phenomenal campaign of BRIDGING THE GAP. I was paired with Mary during this uplifting campaign that brings two of our generations together in order to form a friendship through trust and sociability; collaborate through ideas and common interest by breaking barriers and bridging the gap that often times separates us. Mary has shown me that age is never a factor in being able to believe that anything is possible as I continue to mature. We’re both two of the same people even with distance and age between us, but that does not take away the magnitude of being compatible when having so much to live for and working on everything that we yearn to achieve. Although she has beaten me to the punch in certain elements of life, I can still look to her as my guidance directing me through different levels of my path. 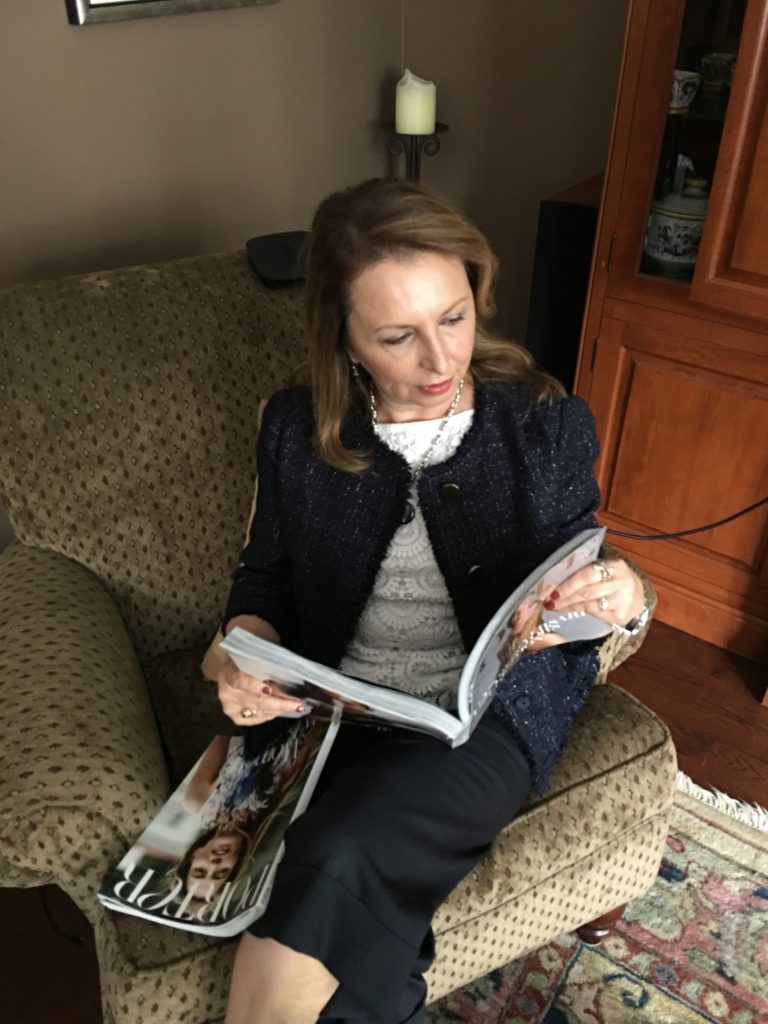 Mary was a shy and possibly introverted child growing up, as was I. A young individual who sought out knowledge through the love of reading, though her love also migrated into the world of fashion and self-expression. Ironically, through her lack of self-confidence in finding her voice as a young child, that was never the case in finding her creative niche that she continues to project through her identity.

As one could imagine, times were a bit different for those from the generation x era, where the tradition of family and career was heavily implemented, then again, while those same values are still strongly influenced today, there’s  still a bit more leniency. While Mary craved for a life outside the world of fixed principles, she still pursued the path outside the conventional beliefs. Education also being a huge factor in her upbringing, she later found herself at the level of accomplishing herself as a doctor. Like any normal person who finds themselves doing what they feel obligated to but not necessarily love, Mary decided to take on biology being that she didn’t find herself well suited for the sight of blood. With the year of recession, which had affected so many people in the working stages of their lives, this is what also transitioned Mary into greater endeavors that would later influence the qualities that she’s always embodied. That being a self-driven and motivating individual who doesn’t allow a hurdle to trip her every step.

“If plan A didn’t work, the alphabet has 25 more letters”

While we speak of trials and errors, this stage was her trial but not her error at the slightest bit. Her resilience encouraged her to expand the possibility of creating a new path which lead her into landing a job opportunity as a media assistant for an ad marketing agency. She realized that there wasn’t anything to lose by making a firm decision that she would not let a course divert her and so she decided to take a risk that would ultimately change the way she might have seen herself from before. A woman who was meant to do wondrous things that fit her whole being. A creative; a dreamer; and a remarkable woman who is more than what meets the eye. By listening to her voice over the phone through our conversations, I could hear that shyness she spoke of, but the power she personifies is on a whole different spectrum of being the empowerment that she has always been.

Over the course of fifteen years, she had completely taken on the persona I could only have ever wanted. She continued on her journey in advertising, working an extremely competitive atmosphere no different than the Hollywood lifestyle I’ve observed under the radar. Countless hours outside the norm of a 9-5 job, she found herself reaching different levels of success while making her way up to the top. While the glamour of the industry was only a small percentage, she still found a calling of pursuit and perseverance. The parties, the events and everything imaginable in the world of film and television, only increased her desire for greatness. She became committed to a life of being a goal getter business woman and one who had the world in the palm of her hands as she chose to grasp it. While moving up in the world with her own identity of success, she balanced the life of marriage and having a family of her own. After a commitment to a marriage and having two children, people may assume that ones career goals would be limited and ultimately change a woman’s life while exceeding everyone’s expectations. Though this didn’t set her off track. She had become a vital role model for her children as well as those around her showing that being a professional woman  in the world of men is just as empowering when you can create another life to follow in your journey.

By this time, Mary had vigorously worked her way up to being a VP, but this wasn’t the final stop. From creating media campaigns for her clients, she chose to go into the field of sales. Working closely with notable TV stations in Canada, who are also partnered with the likes of Nickelodeon, Cartoon Network, ABC Family, CMT and more that she represented, a familiar instance made her change her course again. That being the hindrance in the world of television, which is something that I recall during the screen actor guild strike. A major impact that directly effected many jobs, but this is where the power of her ability to keep going allowed her to take an even bigger leap in her life yet again.

“Just because my path is different, doesn’t mean I’m lost” 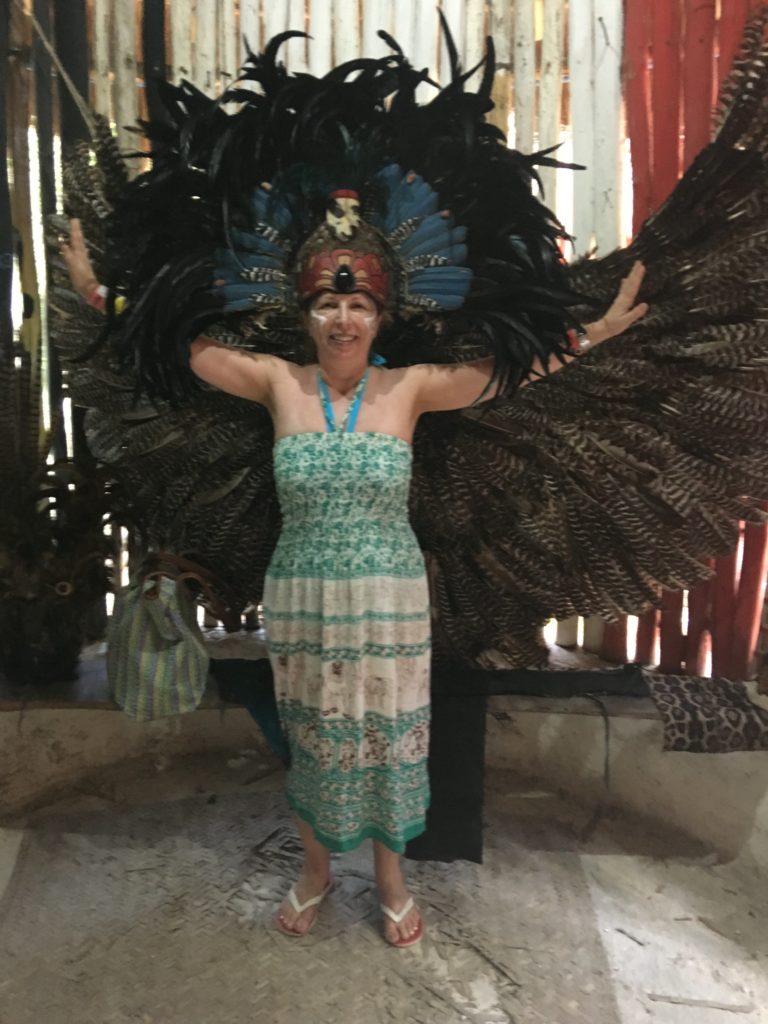 Throughout her life, she broke free from the mold of what was particularly planned out for her, not sticking to any fixed path that was deemed destined. She took risk and became a person that succeeded against any and all odds. This was now her time, and in that very moment that the universe decided to throw her a curve ball, she caught the ball of opportunity and pursuit yet again. Her ultimate pursuit involving her career was that of fashion. With the same ambition, she found herself in the fashion industry working for various high end brands as a store stylist and fashion influencer where her self expression would reflect in her work. Knowing that this was her true calling alongside all her other accomplishments, she began her blog. A personalized journal of her thoughts and individual representation of herself.

What I find so intriguing about Mary is her modesty. Living in LA, I’m surrounded by people in the industry, but very rarely have I come across someone who never took for granted what they’ve been able to achieve while also maintaining a humbled demeanor. After I told her the reasons for why I became a blogger, she felt that her story wasn’t nearly as adventurous as mine whereas I felt that her story is what I continue to worked towards. Mary was on that opposite side that I wanted a part of, but the only difference is that, I’ve allowed much of my fear to drag my feet at times. Her Strength and determination is just as much of a positive quality that I admire and that’s the same mirrored determination I want to see in myself.

I learned a lot from Mary and I hope to continue learning more in order to implement what she has taught me into my own life and goals.

Thank you Mary, you are the bridge to my gap. 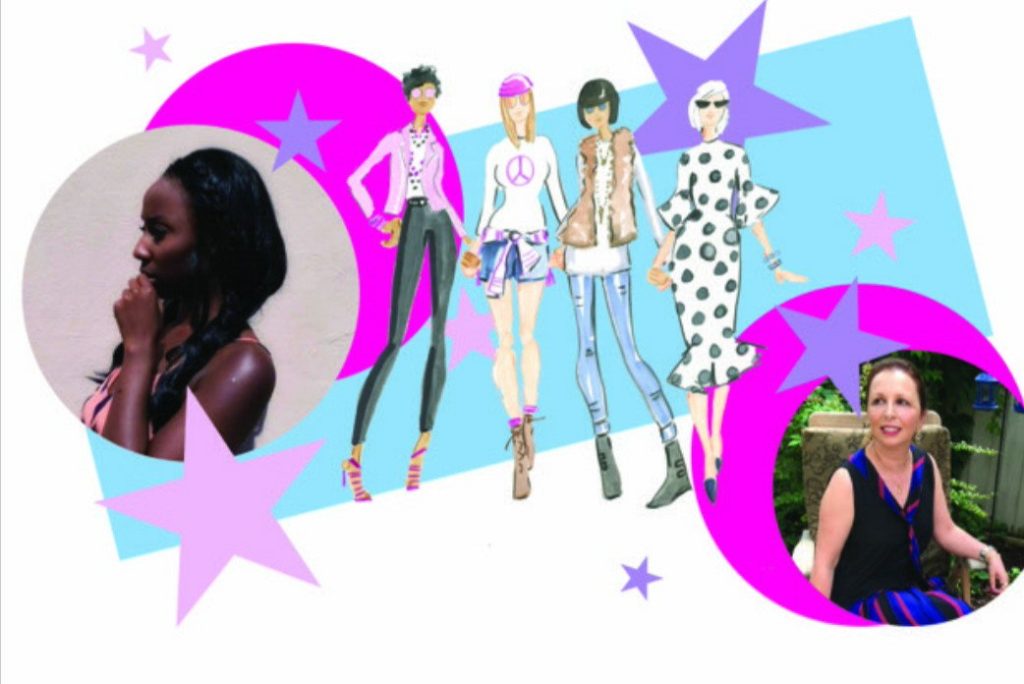 4 thoughts on “BRIDGING THE GAP WITH MARY WEBB”